I said I wasn’t going to write about this trip

Late last month my friend Shawn tossed out the idea of riding the John Wayne Trail in a few weeks. I knew nothing of it really other than another friend Pat had ridden it. I had read his blog post but it really did not interest me. I did like the idea that it was a challenging multi day ride though and it is the longest in our nation. It has been a great biking season for us WA this season and it was winding down. I had been looking to do one more bike packing (similar to back packing but everything is carried on thebike) trip before the snow fell. I jumped at Shawn’s invite. It ended up being just Shawn and me plus Chris our guardian angel and video autographer. I was in the middle of finishing a project at work so I had no time really to research the nuts and bolts of this trip. Shawn was also busy making his bike frame for this trip. We did squeeze one day together looking at the route but both of us were basically willing to wing it. Shawn did most of the navigating and had the in-reach personal locating beacon (PLB) for all of you to follow. It felt strange knowing many were watching our progress but also encouraging knowing we had all of your support. In the recent news this trail had been challenged to close a large portion (half) of the trail, this also was the motivation to ride it while we could. We had ideas of doing a little trail work along the way but what we found was the main issues were missing trestles and closed sections due to private property. I could have spent several years with my pruning shears clipping sage brush as well. So, I chose to leave them behind. Not much garbage to speak of. Mostly shot gun shells and remnants of the removed train tracks. The trail overall is in good shape. So, this allowed Shawn and I to ride and hopes of Chris's talent to showcase how important this trail is and that it can bring likeminded riders through towns like St John's (pop 20). Bike packing is growing and many are unaware of the JWT. Hopefully our little part will help expose the beauty and ruggedness of this trail to others. What a privilege

Day one of the trip we knew was going to be a wet one and it was. A late start of 10AM had us moving quickly all day, oh and it was raining. Chris was to follow us in his truck and meet up with us where he could to film us along the entire trip. The inreach was a very useful tool for him to find us. The section from Rattle Snake Lake to the Columbia River has been rebuilt for the most part. A re-route around a trestle over I-90 and a tunnel in the Yakima Firing range (Military base). You can ride through that tunnel though. Watch for falling rocks though. Luckily none were to be seen. The highlight was a 2+ mile long tunnel. Headlights are required. I will let the pictures explain more. Few were taken due to rain. As we were approaching Roslyn we both get a text from our friend Glenn asking if we needed a warmer and a warm dry place to stay. Heck yeah! Glen and his wife Emily run and own a bike shop and town ( NW Bicycle Improvement Co). We were greeted with hot coffee and banana bread. Yum! We had already made plans to stay with Megan and Steve outside of Ellensburg that night though. We stood in the rain drinking our coffee and chatting about the trip, future trips and just plain having fun. Shawn and I were pumped and probably could have ridden all the way to Eburg that night….however our soggy shorts reminded us it was time to decide where we would stop. The choice was the CleElum Depot about 7 miles down the trail. We made it there in record time. Chris drove us to Steve and Megan’s for the night. We jumped at the offer to crash on their floor vs. setting up our tents in the dark. What a great ending to the day, sitting around with friends drinking beer and eating good food. 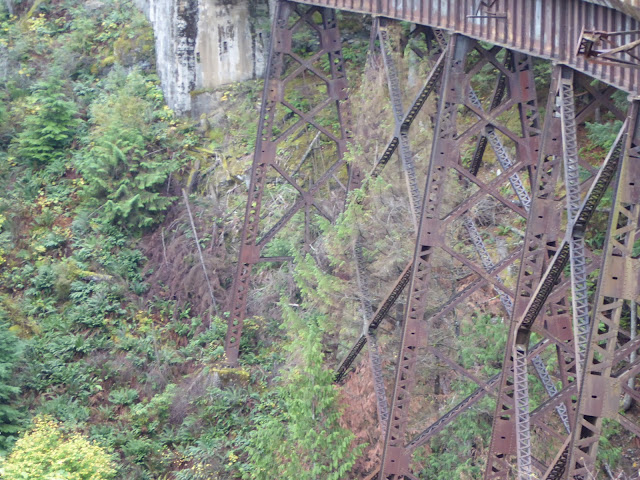 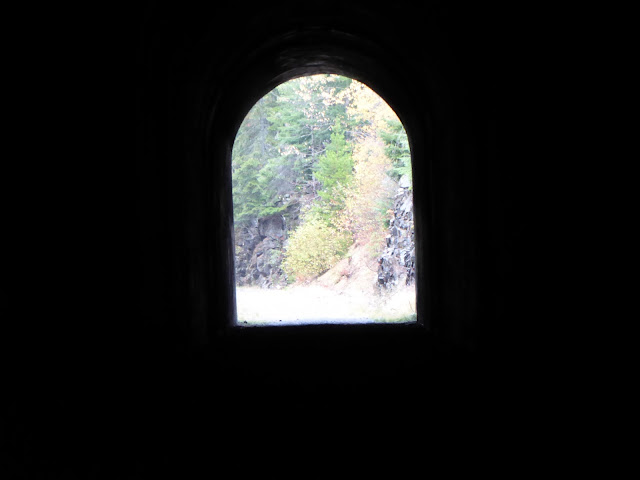